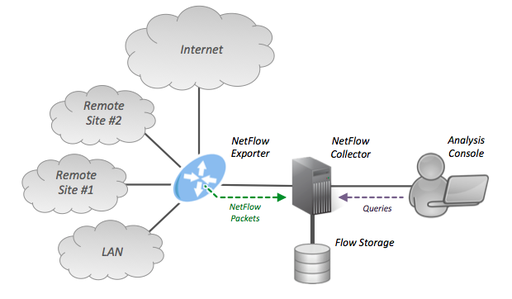 In this article we provide an “Overview NetFlow software tools” available on the market. This includes paid (commercial tools) and open source NetFlow tools. There are also free NetFlow tools that are used as a bait to link to a commercial tool. END_OF_DOCUMENT_TOKEN_TO_BE_REPLACED

We will be covering a blog post on event log management. This is an announcement where some key systems like splunk, eventsentry, graylog and more will be discussed.

It will also look into the log manager from SolarWinds. Besides the SIEM tool (LEM), and the Kiwi syslog system, SolarWinds will release a new product that hooks into the SolarWinds Orion platform.

Summary: Layer 3 switches (sometimes it is a stripped down version called layer 2+) are needed to scale up smaller networks to larger networks. These larger networks are normally switched networks with multiple VLAN’s. If you need Layer3 switches, you enter the higher end of the switchs market. See our overview of layer 3 switches.

The history of Ethernet switches

We all know that an Ethernet switch was the next step of scaling up networks from a traditional hub. A switch made it possible to create one broadcast domain without the limitations of data collisions. Many users connected to one collolion domain will limit the datatraffic. An will create multiple collision domains and one bradcast domain.

The Ethernet switch has evolved from 10 Mbps to 100 Mbps, 1Gbps until 10Gbps. Bandwidth has increased substantially.

The next step for scaling up networks is to segment one broadcast (physical) network into multiple broadcast domains using VLAN’s. VLAN’s are also used to segment different kinds of traffic. One of the major purposes currently being used is to segment VoIP traffic into a separate VLAN.

The next step: Layer 3 switching

If you need to route traffic between VLAN’s you need a router that is part of those VLAN’s. Normally routers are not really equipped for large quantities of data. A layer 3 switch has specific hardware to process traffic.